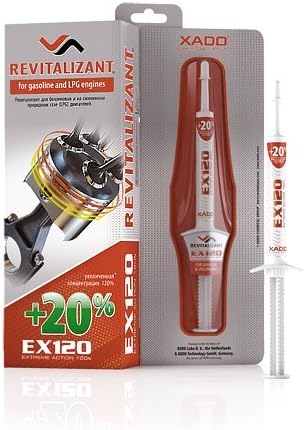 With a 20% greater concentration of active agent, Extreme Action 120% (EX120) Revitalizant is more effective than ever repairing, rebuilding, and protecting worn metal surfaces. 1 Complete Revitalization cycle protects for 62,000 miles. XADOâs Revitalizant technology has been independently tested and proven to work.

No matter how well an engine is maintained, high heat and friction causes metal to become worn, scratched, and deformed over time. The destruction of the surface layer occurs in high-friction areas, where entire groups of atoms â clusters - may tear off under extreme loads. Until now there was no way to reverse this inevitable metal wear.

EX120 starts repairing scratched and worn metal as soon as it is added to the engine oil. Revitalizant acts as a catalyst for rebuilding and repairing metal in areas of excessive thermal energy. It activates the absorption process of carbon through the surface layer which results in the formation of metal carbides. Revitalizant rebuilds metal at a molecular level, atom-by-atom, reversing wear and restoring engine geometry. A new durable protective coating is formed with the help of carbides and metal particles. Because it has a self-regulating maximum thickness it does not cake. The appearance of a Revitalized surface is smooth and glassy. Its physical structure, however, is a metal strengthened by metal carbides and carbon. The treated surface is transformed into a diamond-like film. The result of Revitalization is an extra hard surface layer on a soft and flexible base â an almost perfect strengthening technique thatÂ increases the life of an engine.

The typical car with an oil capacity of up to 10 quarts requires 3 SYRINGES for a complete treatment. 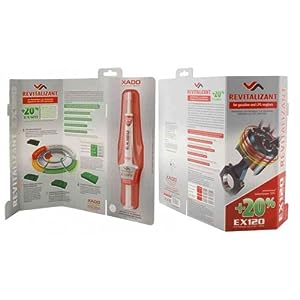 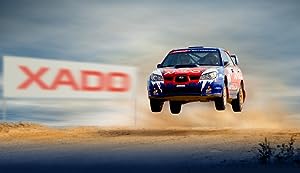 The engine treatment is conducted in three stages:

The treatment is considered complete after 950 miles.

Changing oil is NOT recommended until the treatment is fully completed.
It is possibleÂ to conduct the treatment at idle: 4 hours of idling is an equivalent to 200 km (approx. 125 miles) of run.
New engines with odometer readings up to 12,000 miles should be treated in one stage.
Engines that have undergone a complete overhaul should be treated in the usual three-stage manner.
The protective metal-ceramic coating will form on any operative mechanical parts; however, if an engine part being treated is in critical condition (100% wear), the worn part should be replaced.
Keep out of reach of children. Avoid contact with skin and eyes. If swallowed, seek medical advice immediately and show this container or label. Avoid release to the environment; refer to special instructions/Material safety data sheet.
Material Safety Data Sheet is available for professional user on request.

Here is a list of our resources: If you'd rather learn by watching videos, we can help with that too:

The Parts of Speech

Read more about the parts of speech.
Parts of Speech Test

Read more about the different types of punctuation.
Punctuation Test

Help Us To Improve Grammar Monster
Please tell us using this form.

We have a Mathematics site! We have an internet jargon site

It will help with:

(The Grammarly extension works with webmail, social media, and texting apps as well as online forms and Microsoft Office documents like Word.) More info...
Get the grammar checker

"Smashing Grammar"
Written by the founder of Grammar Monster, "Smashing Grammar" includes a comprehensive A-Z glossary of essential grammar terms, a detailed punctuation section, and a chapter on easily confused words. Each entry kicks off with a simple explanation and some basic examples before giving real-life, entertaining examples.

Here's the killer bit: All entries end with a clearly worded summary that explains why the grammar point is relevant for a writer. If you like Grammar Monster, you'll love this book. Colorful floral shower curtain. Boho gypsy style bathroom access
See on Amazon

"Grammar for Grown-ups"
Vocational rather than academic, "Grammar for Grown-ups" is packed with real-life examples and keeps you engaged with a wealth of great quotations from Homer the Greek to Homer the Simpson. Straight talking and methodical, Craig Shrives draws on his years compiling Grammar Monster and as an army officer to present a comprehensive but light-hearted and easily digestible grammar reference guide. More info...
See on Amazon