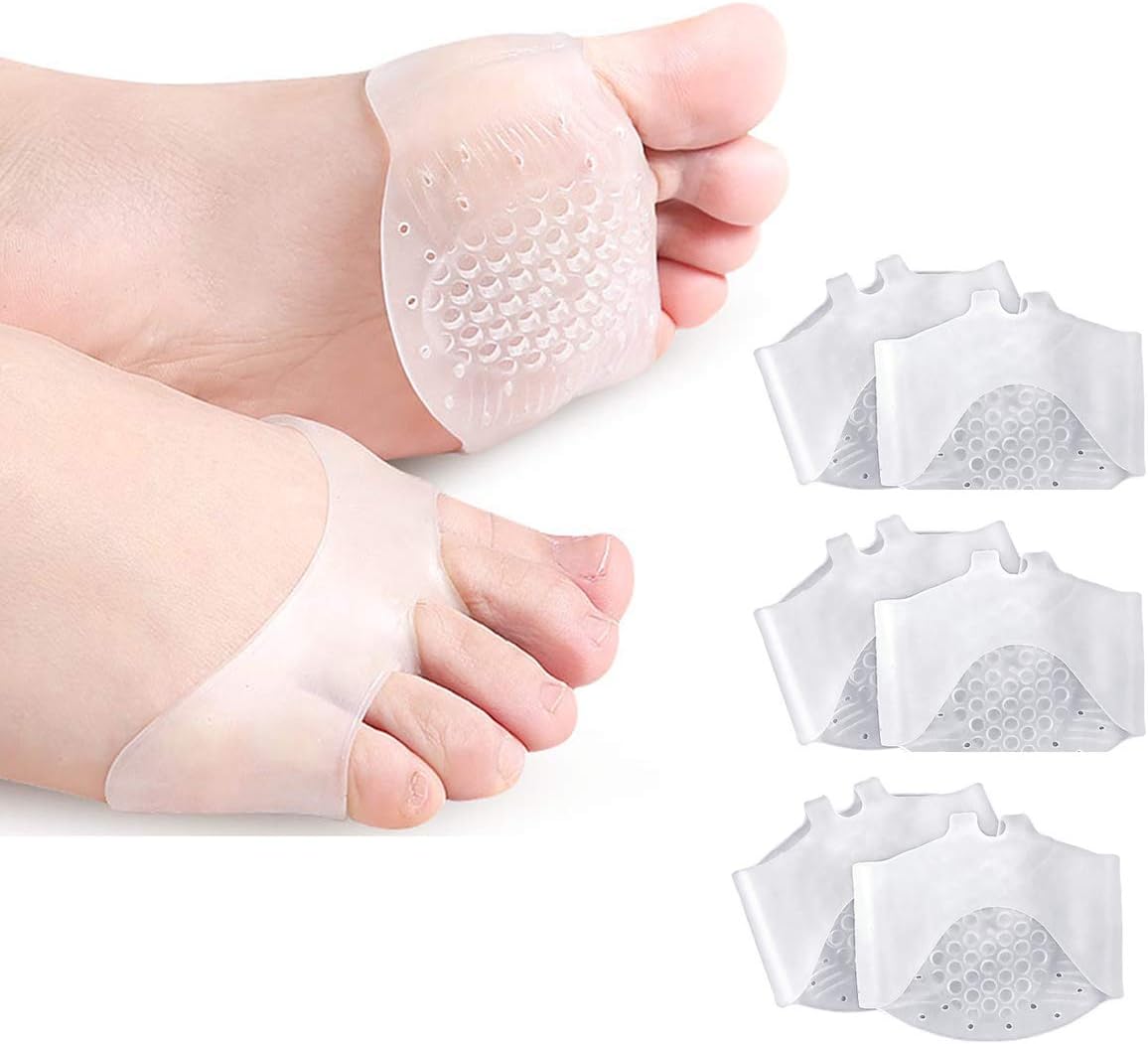 
Why are you need Jrery-KEY siliconeÂ forefoot pad?
â This foot pad provide great cushion for forefoot and relieve foot pressure and tension.
â The side gel pad can quickly relief bunions pain due to sensitive skin rubbing to shoes.
â The gel foot pads fits securely over toe and stay in place.
â Honeycomb Thicken Design and air holes for additional ventilation allow your feet more comfortable while walking or running.
â Ball foot pad donât slip and donât have an unpleasant odor even after a long day use.


Washing instructions:
1. Can be reused and easy to clean with water or soap.
2. If it becomes sticky after cleaning, you can put any baby powder or talcum powder.
3. Air dry naturally or by paper, not the sun.